On Thursday we had a relaxed 4 hours motoring through the Norwegian east coast skjærgård from Dalskilen to Grimstad. It was interesting to see that, compared to the rocky landscape of Swedish west coast, the Norwegian east coast resembles more Finnish archipelago because of its forestry islands. There are also a lot of summerhouses in the area. The skjærgård provides protection from the waves of Skagerrak on this part of coastline.

When approaching Grimstad we were stopped by Norwegian Coast Guard and an officer came on board. Our strange flag caught their attention and they wanted to know if we were coming from another Schengen-country. A Finnish speciality is that a boat registered in a yachting club, may use different kind of national ensign with a smaller white cross over the blue cross. This flag, although totally valid for international use, is not so well known outside the Baltic Sea region, and this seems to cause confusion. The officer also wanted to know how much alcohol we had on board; only small amount may be brought into the country without paying high amounts of duty. Luckily, we did not have too much alcohol on board and were allowed to continue to Grimstad.

In Norway, the Midsummer celebration is held already on Thursday (in Finland it is only on Friday) so we arrived in Grimstad just in time, before the big celebrations started. In the early evening, the harbour started to fill of boats decorated with birchs and balloons, and the town was full of people. It was interesting to see, how Midsummer is celebrated in Norway. Later in the evening the harbour become quiet when most of the people left city to see the bonfires in the skjærgård.
/Antti 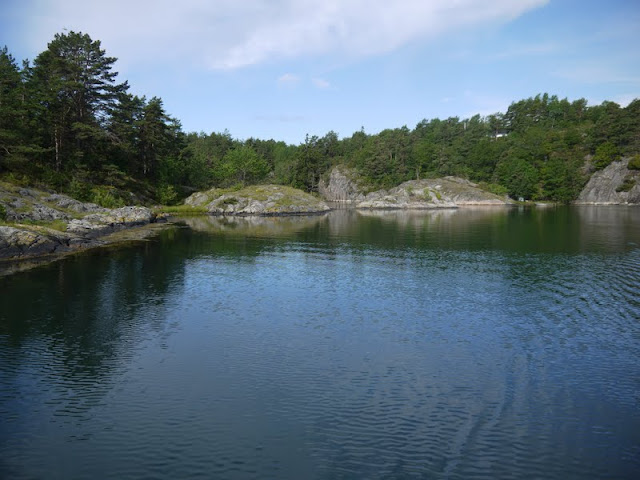 Scenery in east coast is very similar to Finnish archipelago. 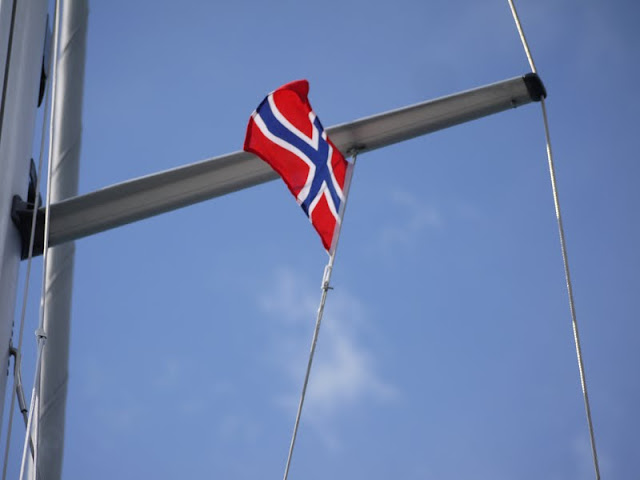 We hoisted the Norwegian courtesy flag 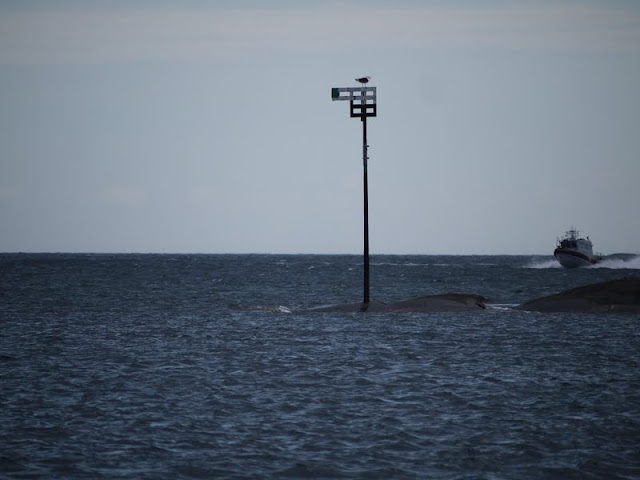 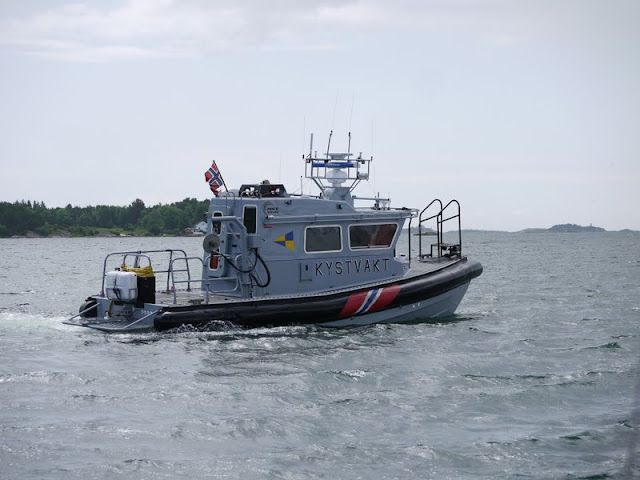 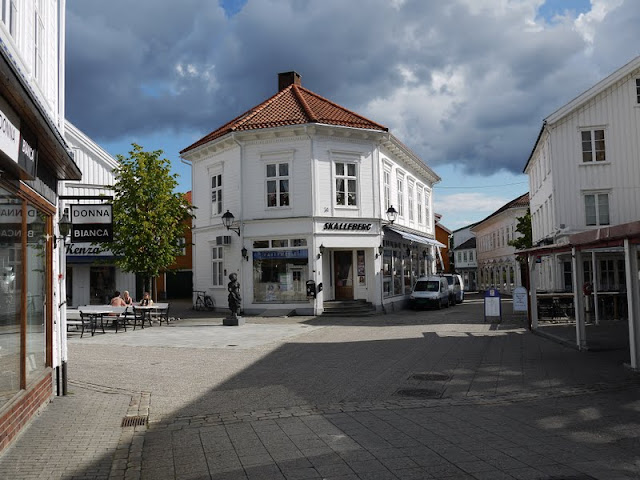 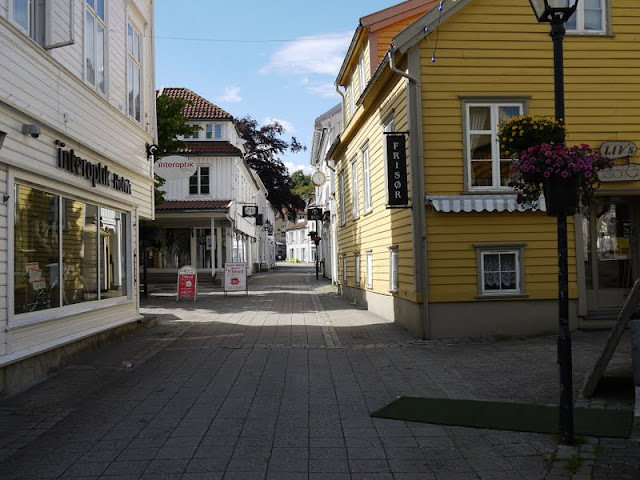 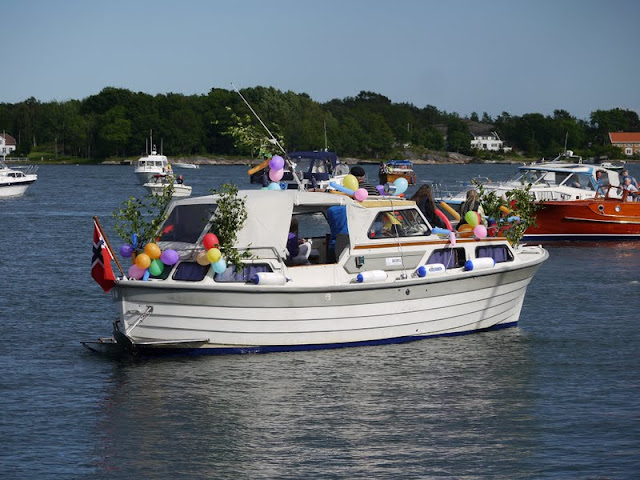 Boats were decorated with various ways for Midsummer celebratio and there was also a competition for best decoration. 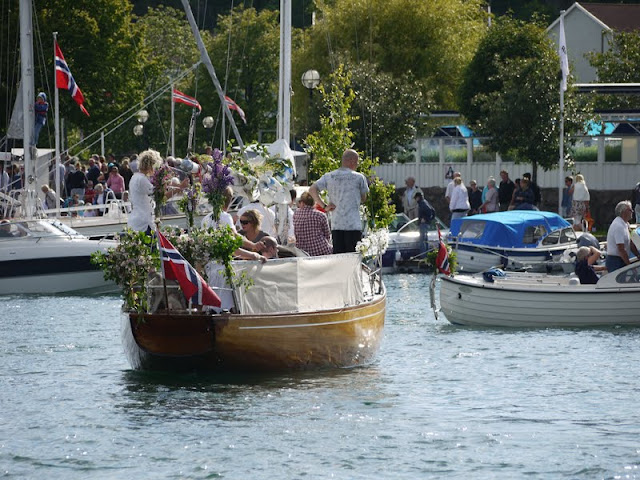 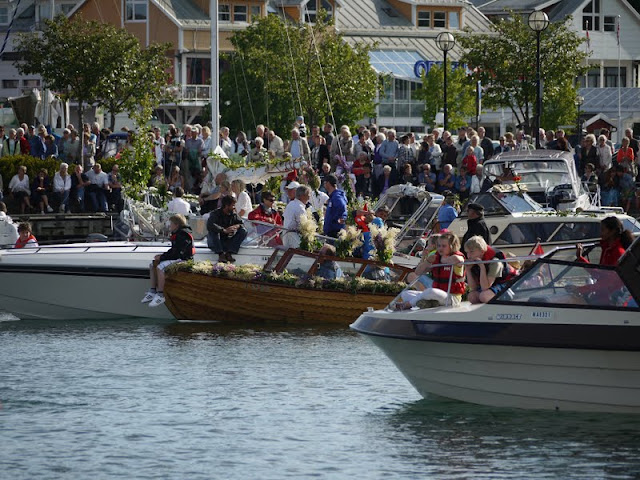 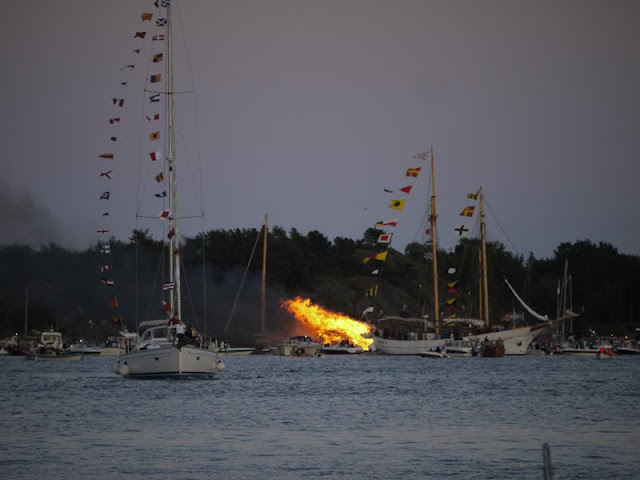 Finally in Norway!
Relaxed sailing from Grimstad to Kristiansand
←
→