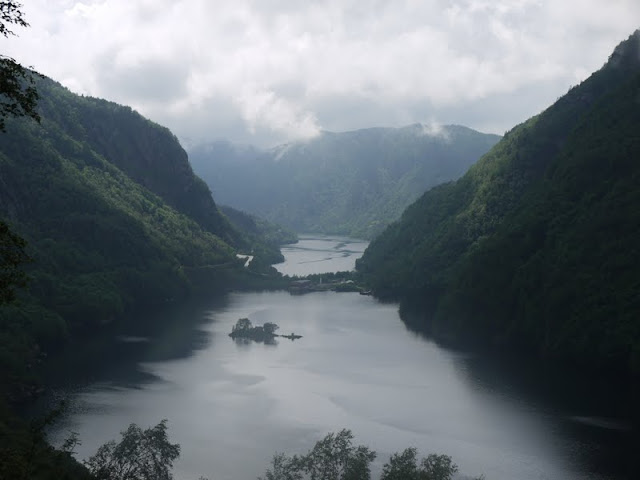 Our initial plan was to explore the fjords around Stavanger and Bergen by boat. However strong winds changed our plans and we had to turn back from Egersund. While we have enjoyed the scenery in Southern Norway very much, we still wanted to see amazing fjords (especially amazing Lysefjord) so we decided to rent a car for a few days.

Early on Saturday morning we first took a bus from Mandal to Kristiansand and then continued by train to Stavanger to rent a car there. We drove first north towards Bergen and after Haugesund continued road E134 towards east. Mountains get higher when approaching Folgefonna glacier and there are some huge waterfalls just by the road. We stayed the first night in beautiful Røldal which was a perfect place since it is almost in the crossroads when coming from south, north and east. My brother and his family were touring Jotunheimen area and we had planned a rendez-vous in Roldal. Furthermore, later in the evening also a friend from Finland arrived in Røldal straight from Sweden after 12 hours of motorcycling!

On Sunday we headed towards south and Lysefjord. The hotel receptionist recommended that we should take a smaller road 520 which goes over the mountain top. It should have taken about 30 minutes longer than the faster route via road 13. However, the scenery was so amazing that we were stopping frequently for photographing and it took a lot longer. The road is also very narrow and in many places there is no room for two cars go side by side.

In the Sunday afternoon we arrived at Preikestolen, the famous Pulpit rock. More about climbing to Preikestolen coming later…
/Antti & Minna 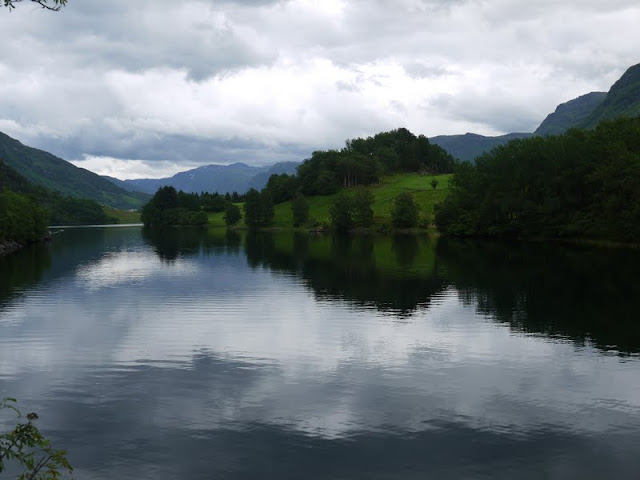 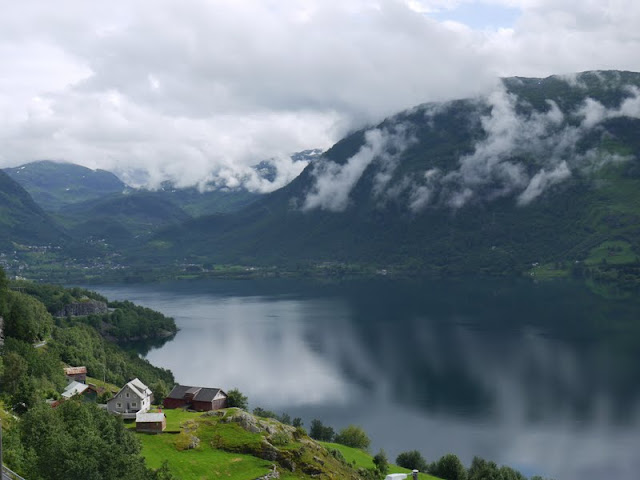 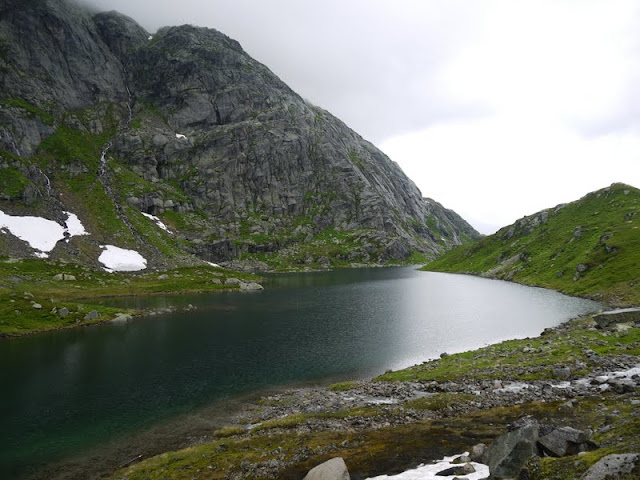 Beautiful scenery by the road 520 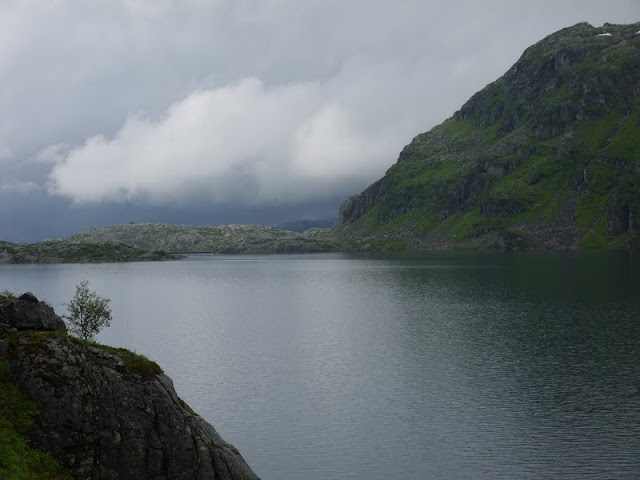 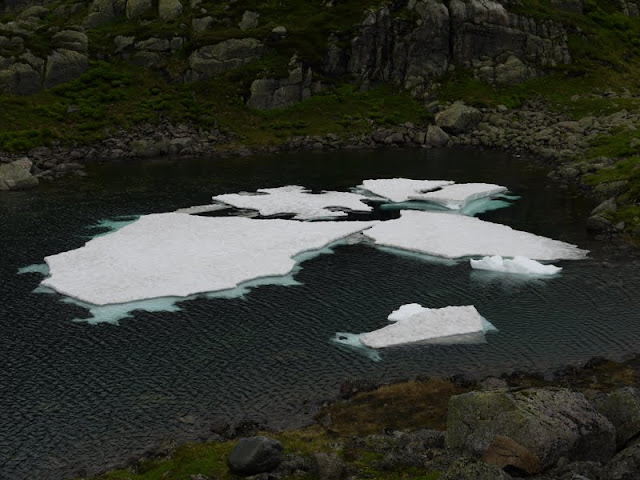 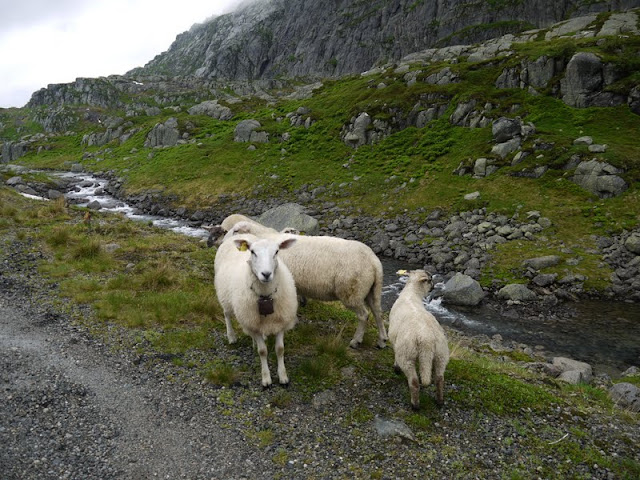 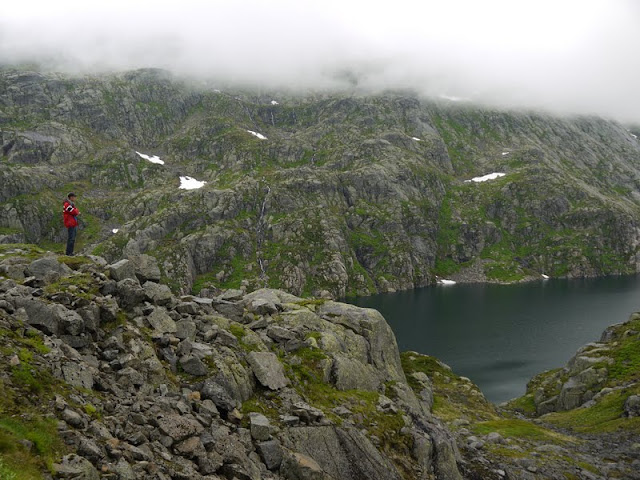 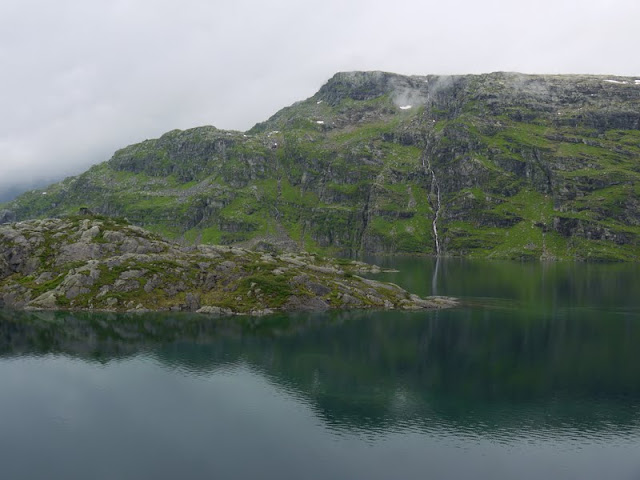 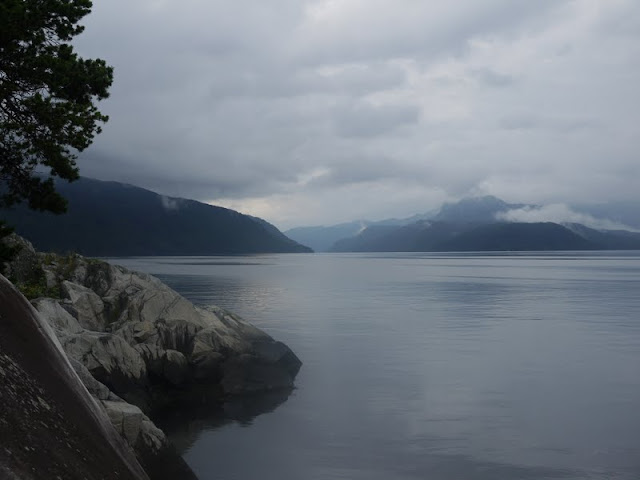 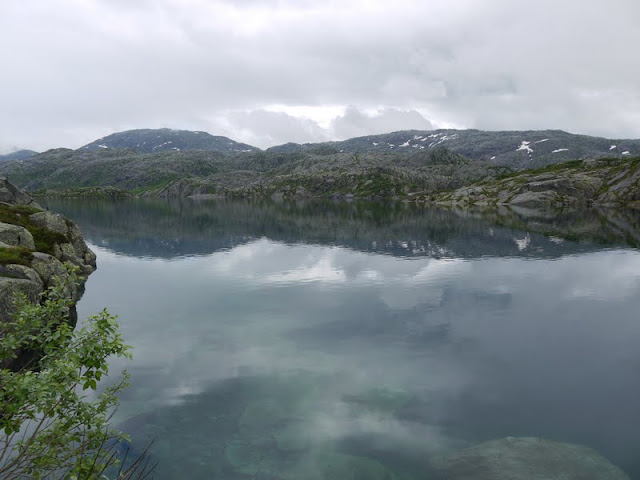 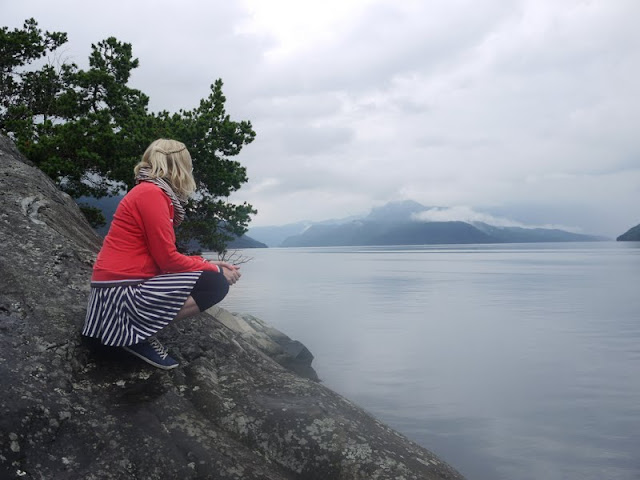 Food inspiration on board
Climbing to Preikestolen
←
→